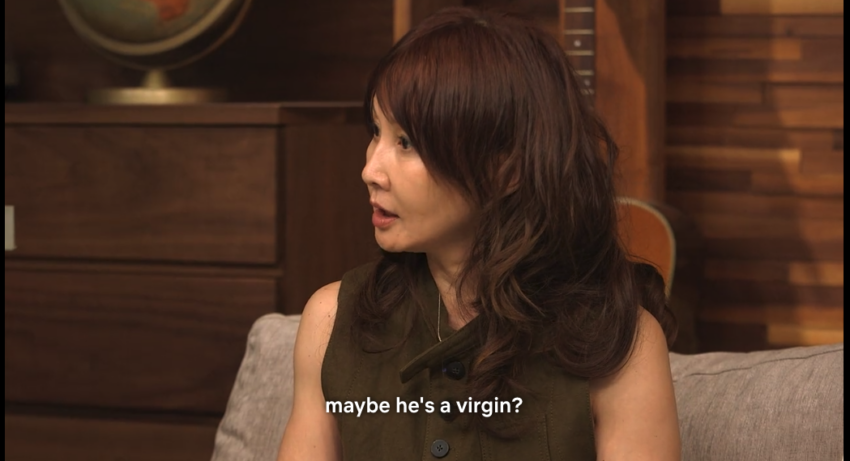 There’s something painful about watching a guy shoot his shot when we know he’ll get rejected.

Or seeing a girl talk about who she likes in front of someone that’s into her.

Or learning that the timing is off for a promising couple.

You almost want to yell:

“I can’t believe you said that.”

It’s painful because we’ve all been there. We felt the sting. We felt stupid. We analyzed the situation every which way in our heads. And then we came up with conclusions and rules to protect us in the future. I had some really stupid rules for myself.

We’ve all been there because… life and romance rarely go smooth.

If things are smooth, you’re likely dealing with a well-rehearsed actor.

Now… when it comes to showing life on TV, reality TV shows do capture the chaos of romance.

But, they do it on Michael Bay proportions and amp the drama by 100 kilowatts. Hookups on day 1. Crying on day 2. Bar fight on day 3. Gym, Tan and Laundry on day 4. Kind of far off from reality.

But there is one reality TV show — a Japanese reality TV show— that comes pretty, pretty close to replicating just how unpredictable, painful, slow and imperfect real-life pursuits are…

Long story short, Terrace House is a reality Netflix show and is as “real” as most “reality” shows are.

Now, we all just how “real” reality shows are, but let’s abandon that part for now. Save that discussion or another day.

This show is all about 3 guys and 3 girls in one house.  They’re there to form friendships and relationships, challenge themselves, and some are just there for shameless self promotion. Many will “graduate” once they feel their time is up, and new faces will replace them.

And we, alongside a panel of commentators, are there to watch and analyze their moves. 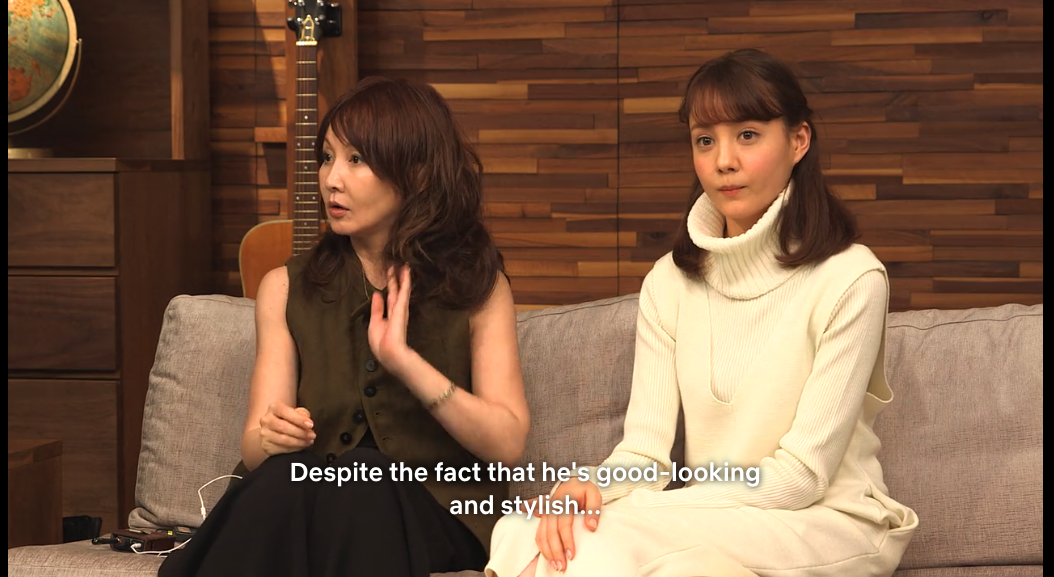 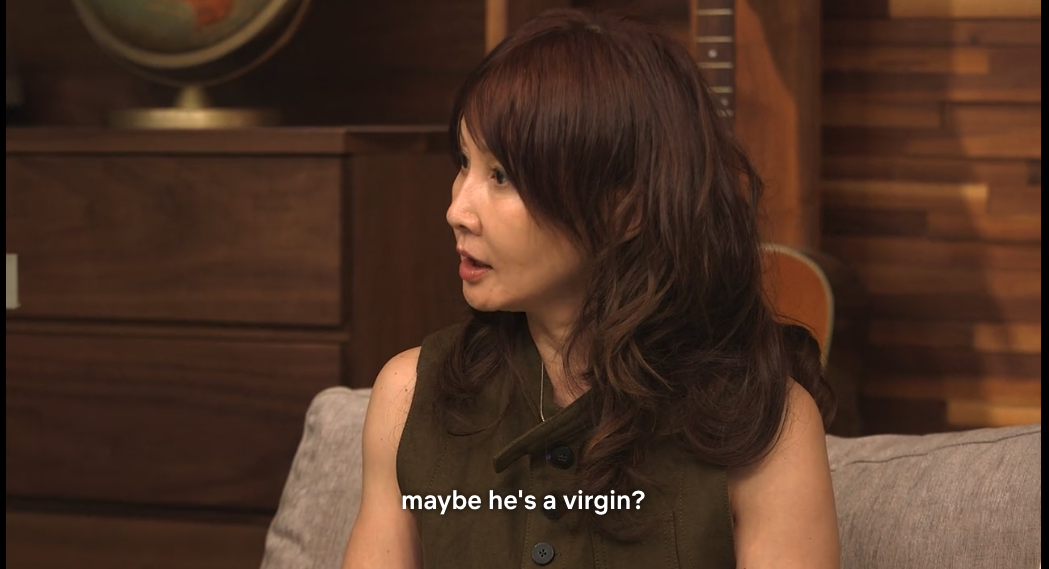 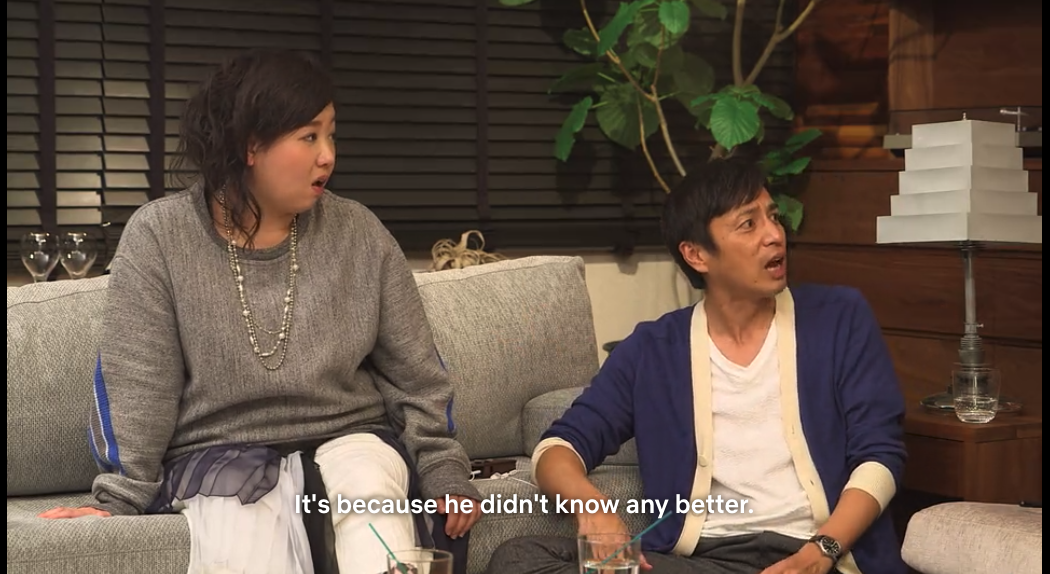 By western standards, the show is glacially slow. Unlike western reality TV where hookups happen on day 1 and crying on day 2, you can go for weeks without seeing a kiss.

Like cats being introduced for the first time, the members get to know each other slowly. “What do you do?” “What are your goals?” “What’s your type?”  Conversations can be as simple as, “have you ate breakfast yet?” “No.” “Want to grab something?” “Ok.”

From there on in, they’ll zero in on who they like, and start going on lunch or dinner dates.

So, What’s the Big Deal with the Show?

Hey, if you’re a Michael Bay fan expecting explosions the second you press play on an episode, there is no big deal. The end. Goodbye.

For the rest of you…

The big deal is in the relationships the characters form on screen.  The attempts at love. The poor choice of words. The rejections. The missed timing. The pressure of having 2 people vying for your attention. The missed hints. Some relationships that make it. Some don’t. 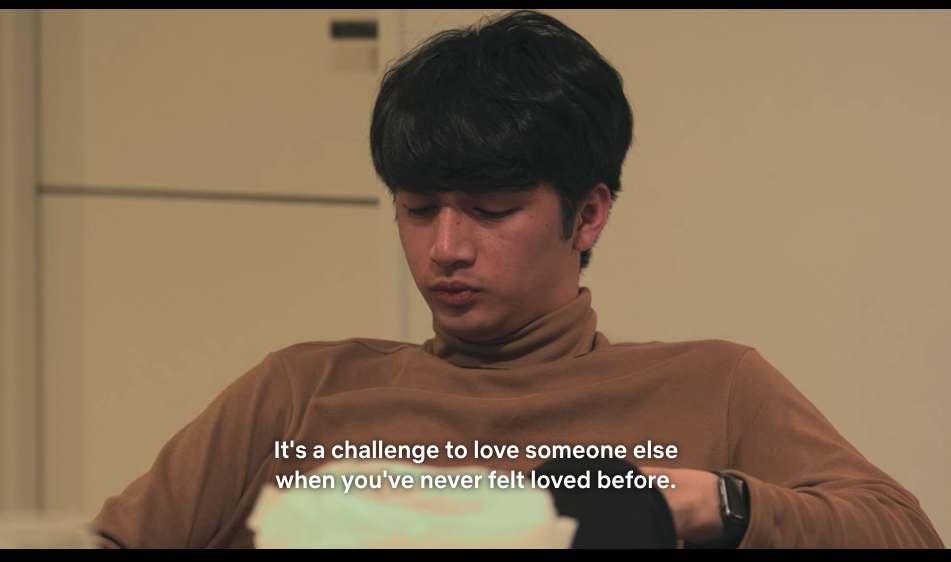 Terrace House Aloha State: Yusuke finally gets a movie date with Lauren. He’s excited. He buys new clothes. He gets a haircut. But we all can tell what Lauren thinks and what his chances really are. So, when he invites Lauren to dinner right after the movie… 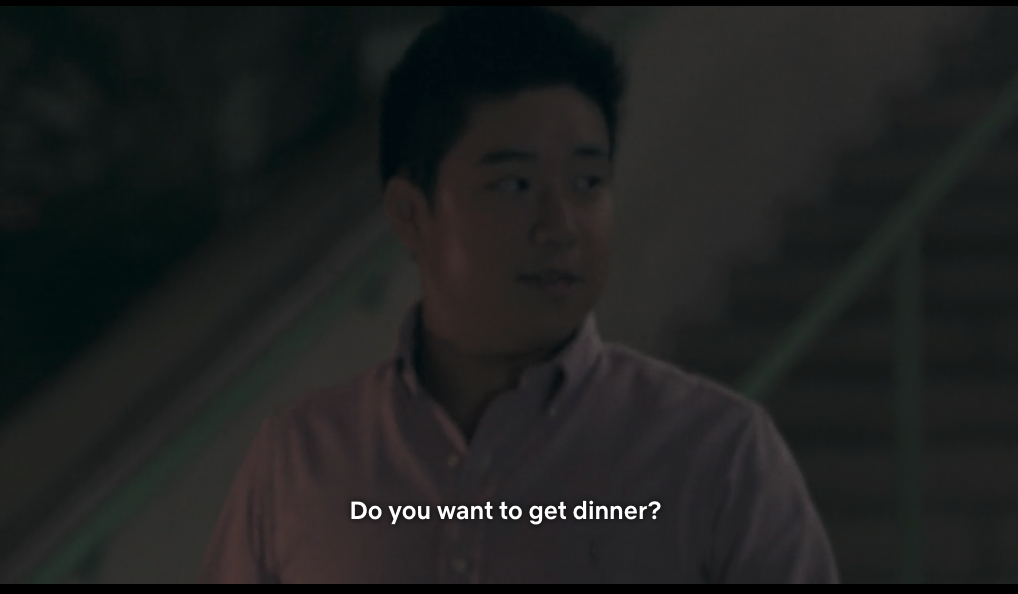 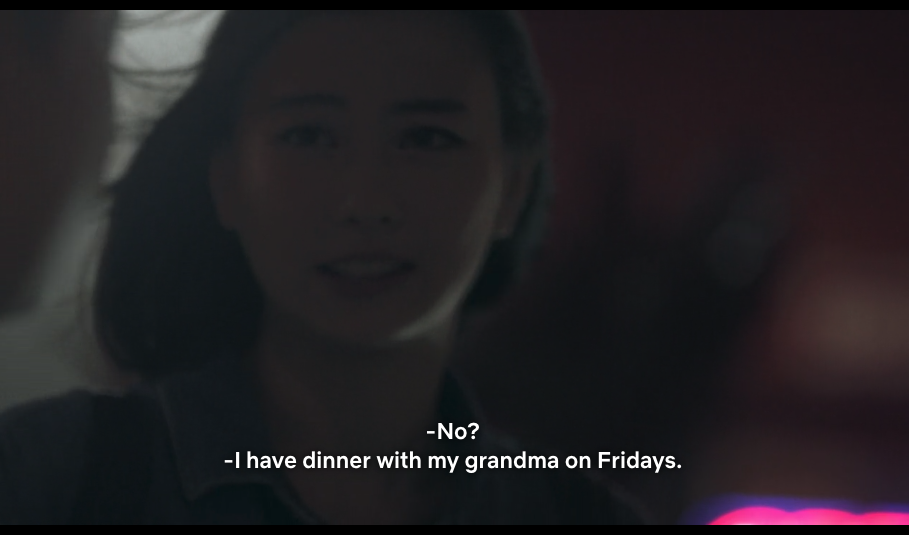 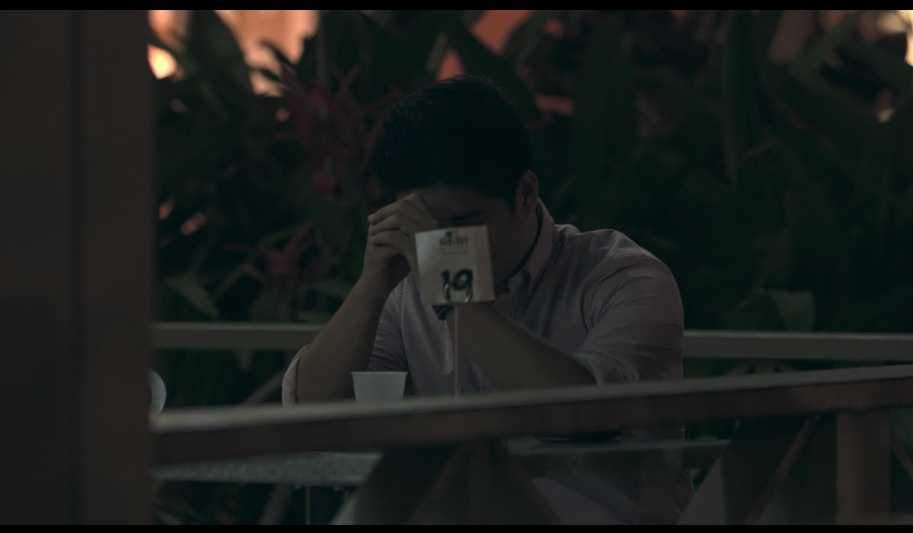 Fun fact: I was once told, “sorry I have to do laundry.”

Terrace House – Opening New Doors: Aya is crushing on 30-year old Taka who has another girl he likes. So, of course, he decides to tell the girl that has feelings for him about a girl that he likes and wants to marry. 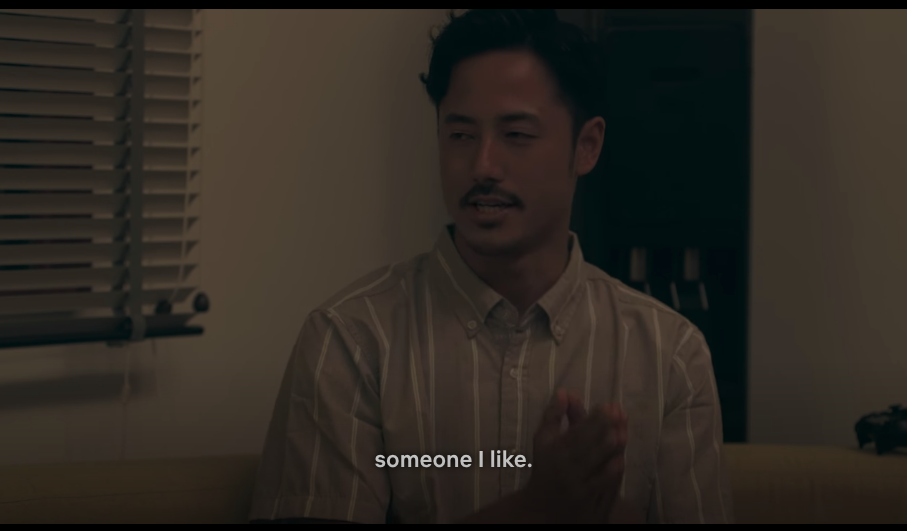 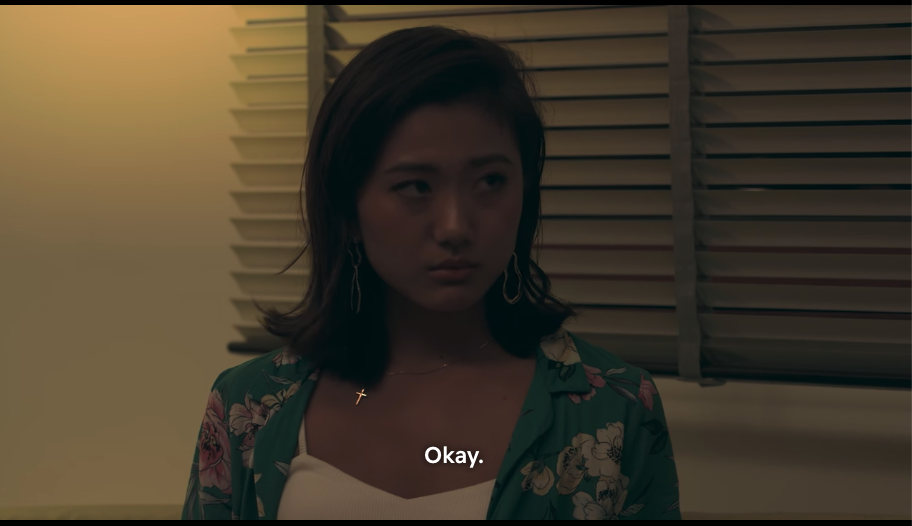 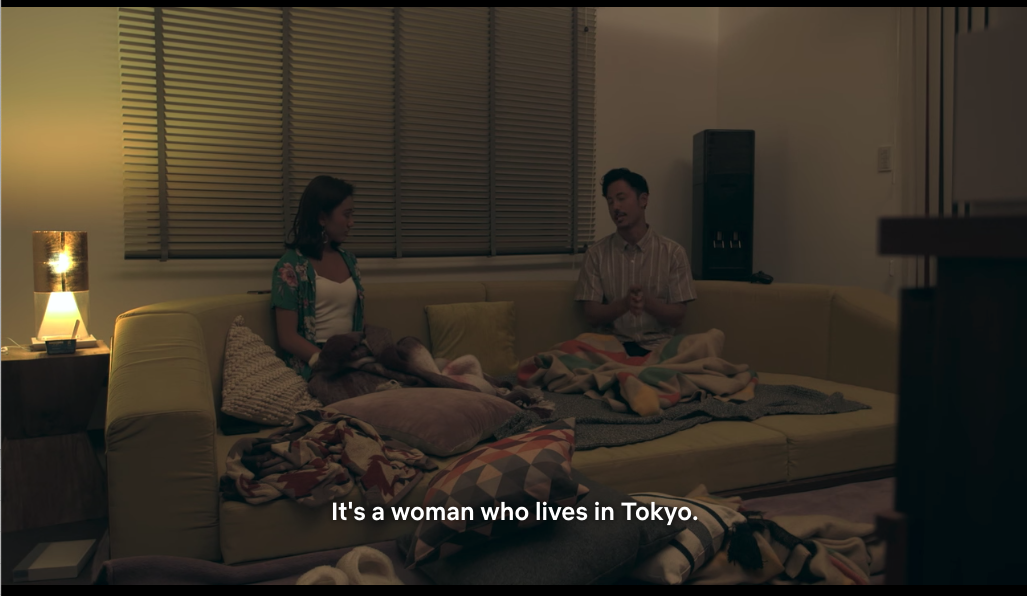 You almost want to yell, “No, you idiot, why did you say that!”

The next day, just before Taka leaves the house, he cleans everything up. 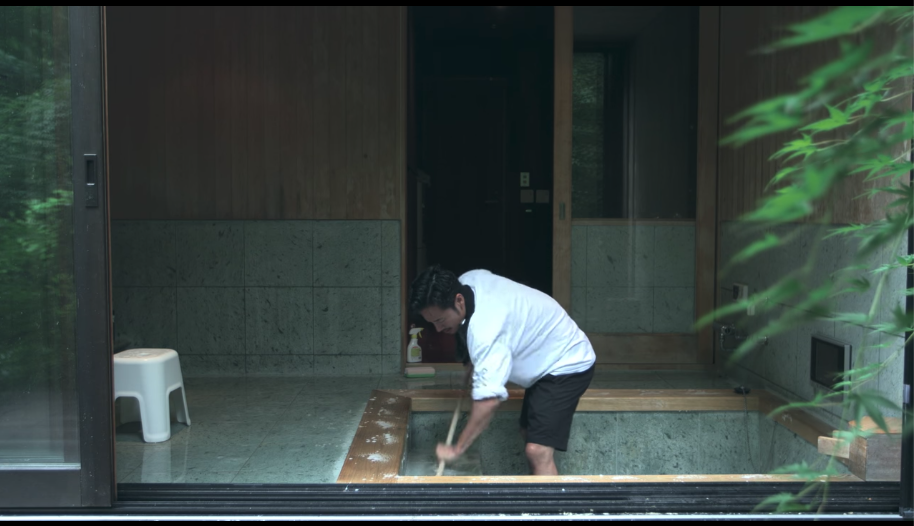 Yes, what he said to Aya was stupid and inconsiderate. Yes, he didn’t think it through.

Yet, in the next episode, there he was, cleaning the entire house before his departure. A nice gesture right after that mess-up. That kind of makes you think doesn’t it?

Maybe he’s just painfully stupid and not very aware. But, aren’t we all?

Terrace House – Boys & Girls in the City: Uchi and Minori get closer and closer. One night, he’s painting her nails for her. All is going well. Hand holding. Intimate. Good, good. Good until…he decides to go to sleep. 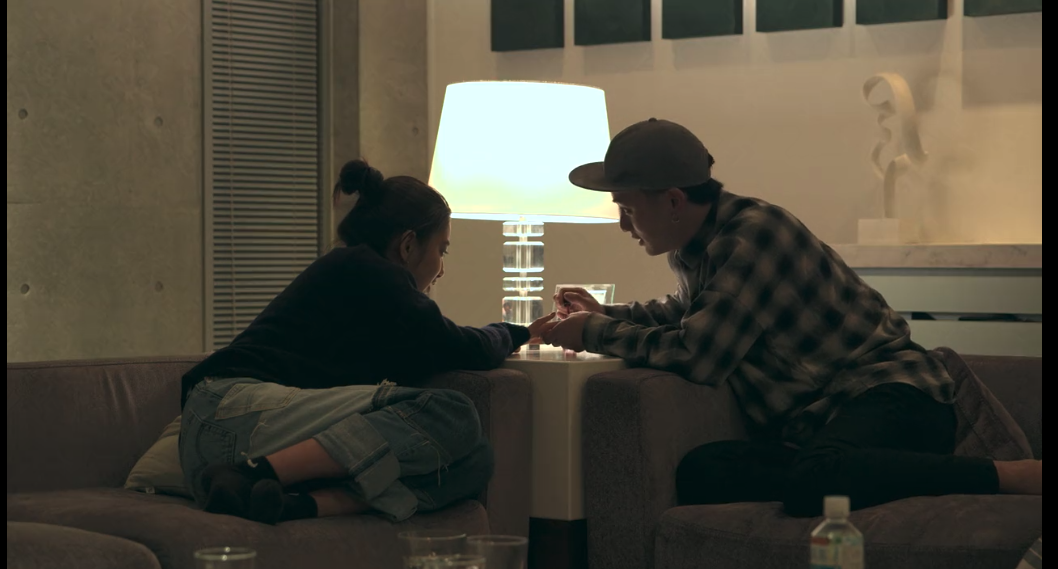 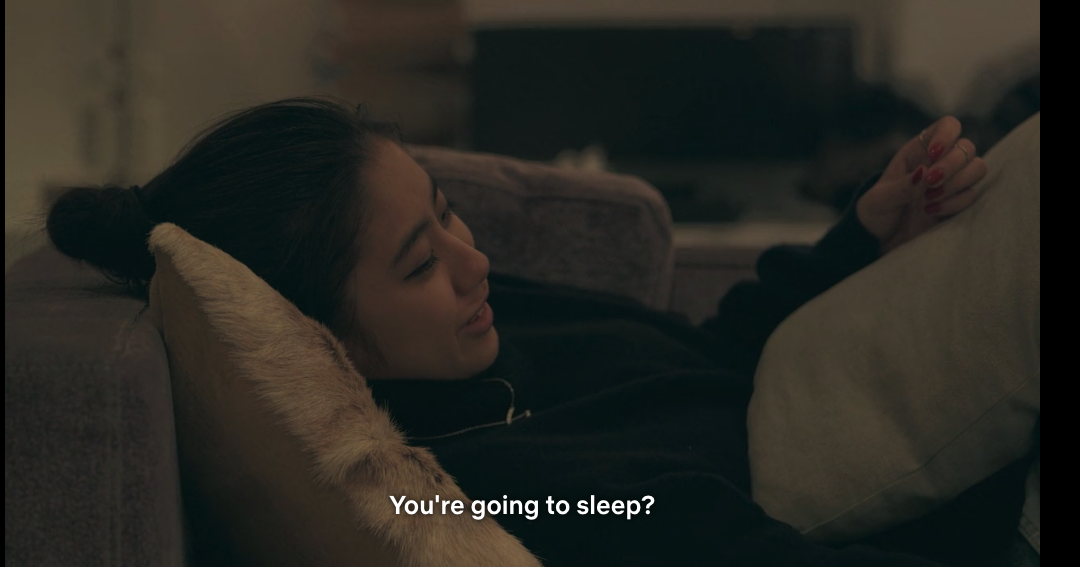 Yes, after all of that, he goes to sleep. The next day, Minori preps a omelette-rice with “coward” written on it for our oblivious hero.

The good news is though, the two got together. People can find a way to each other, even with painful stupidity. 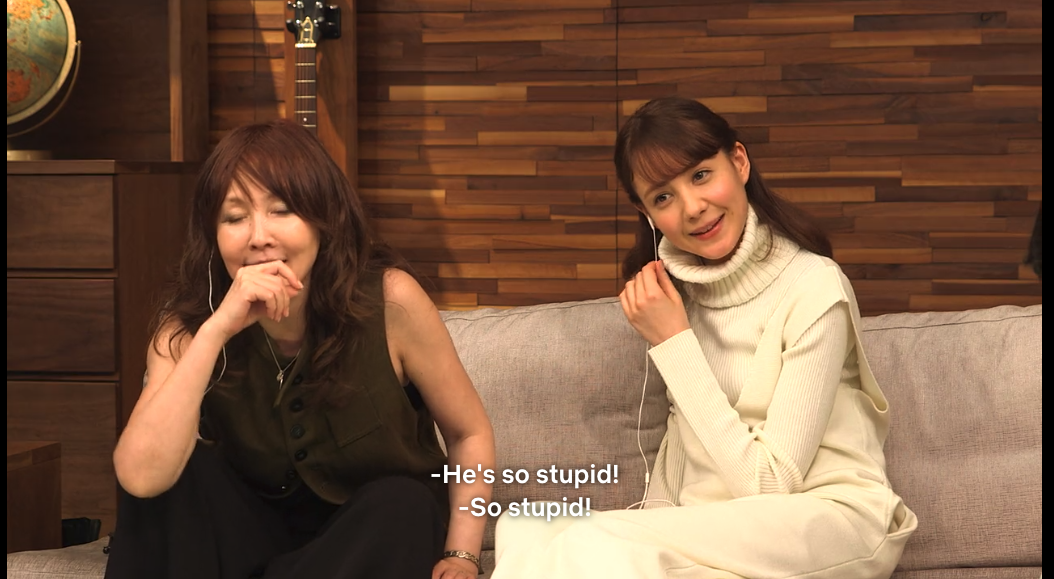 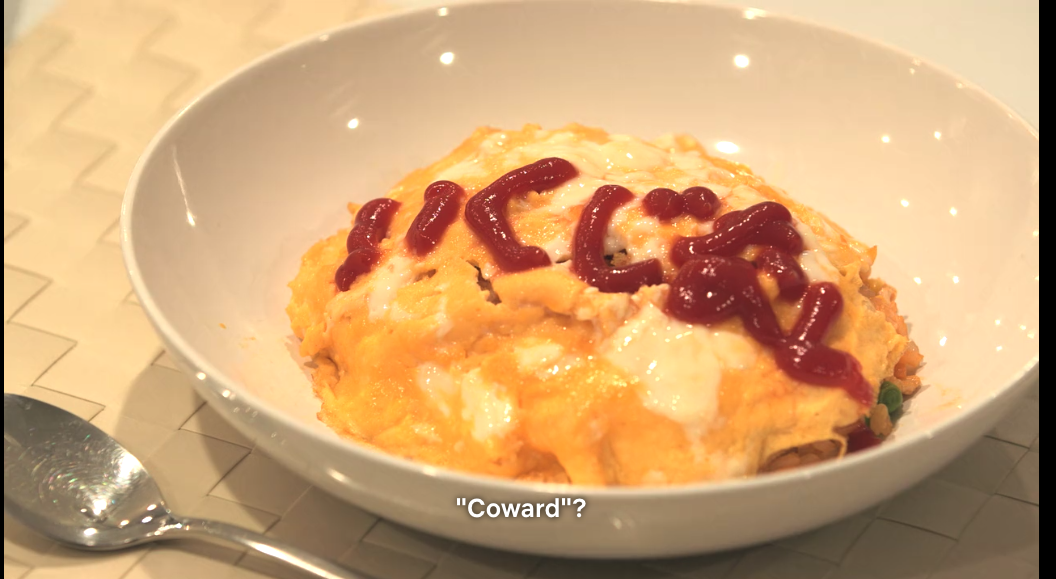 Terrace House – Tokyo 2019-2020: After having been on a few outings, Risako blurts out, “be my boyfriend” to Ruka after a card game in the evening. Ruka, oblivious and taken aback like most of us would be, does not strike while the iron’s hot and misses out. 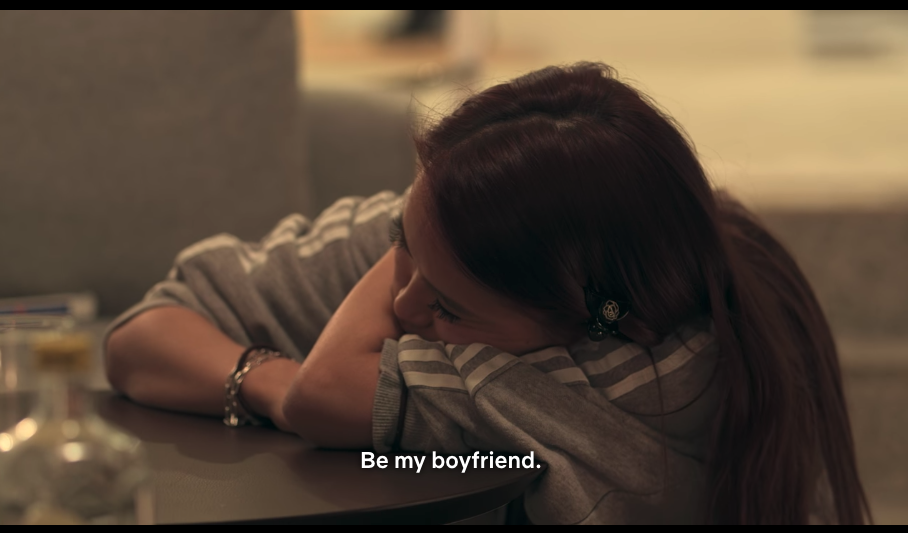 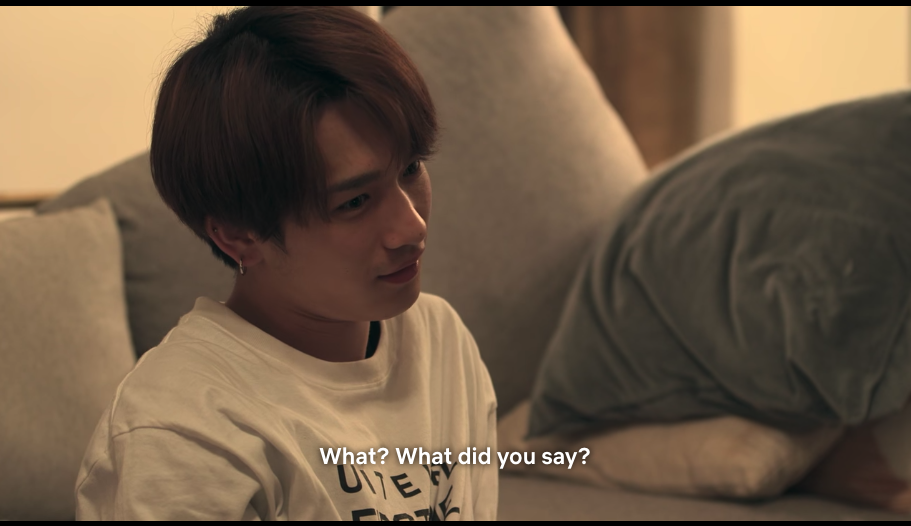 It’s too late. And there was no recovery. 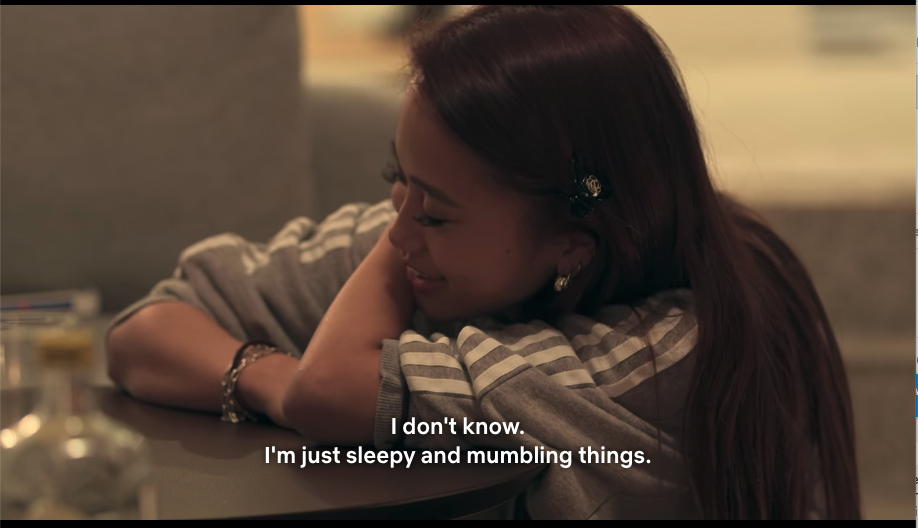 Terrace House – Tokyo 2019-2020: Peppe and Haruka showed a lot of promise. And when Peppe finally finished up all of his work so he could finally take her out on a proper date and shoot his shot, he missed. Ah, timing. 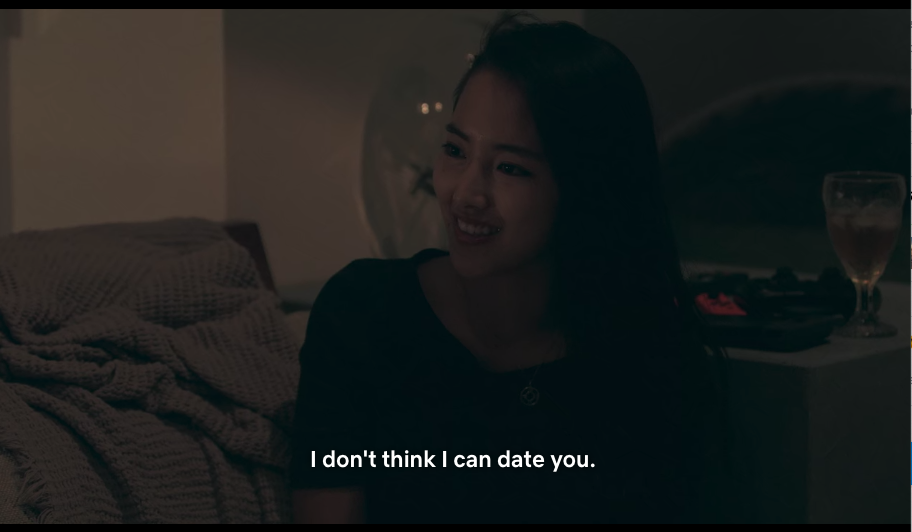 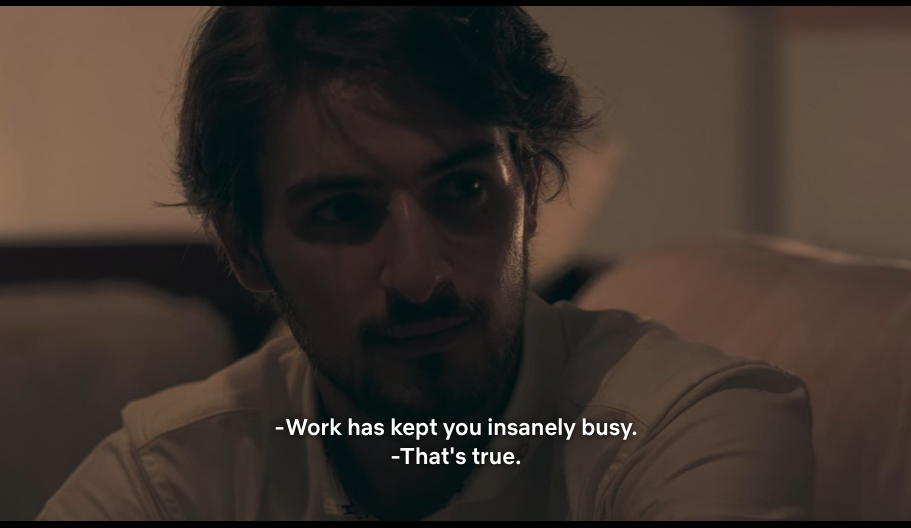 As we watch, we can spot see their missteps from a mile away. We want to cringe, we want to look away, and we want to yell at the TV.

“I can’t believe you said that.”

We can spot see their missteps from a mile away because we’re 200-IQ-intellectual-love-experts when it comes to other people’s problems.  If only we could spot our own. And the fact that we can’t get it right in our own lives, and neither can Terrace House members, is a reminder that…

Luckily, Terrace House doesn’t have many actors. The show does a wonderful job in showing just how imperfect and rocky romance is. Even if there’s some side-coaching or influence from the producers.

For me, that’s what makes Terrace House nice to watch.

It’s a reminder of life and love. It’s never perfect. We’re not perfect. The characters aren’t perfect. But we’re trying, despite being painfully stupid.